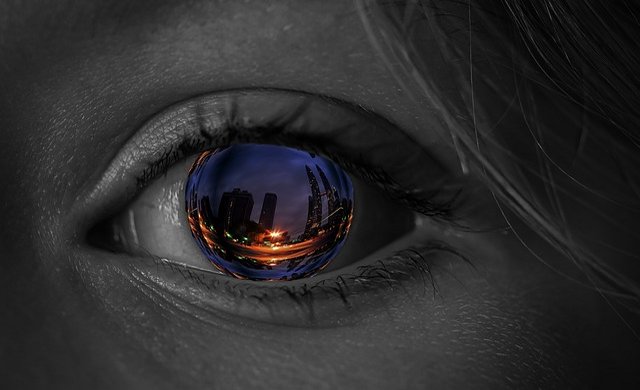 Ah, there’s Denise. Denise is a former Virtual Enterprise employee. She frequents orientations, so I’m not surprised you encountered her there. It’s sort of a fetish. She sleeps with both sexes, but prefers men. I think she does it for ego, before her conquests have the chance to adjust to all the options of our virtual reality paradise and become more discriminating. She’s known to collect memories from those fresh from bio existence before the Memory Library catalogues them. The more memories accessed, the easier it is to create a sim of that person. Who knows why she does it; we each adjust to our after-death existence in our own way. She often makes people uncomfortable, always looking like she knows a secret, something private. It can be annoying, but she is harmless.

Shall we say hello to her? Oh, really … I understand; you’re new, still adjusting to virtual existence. Coming to terms with one’s bio death isn’t easy. No, I’m not at all disappointed, I perfectly understand. There are many here I work to avoid. I notice that you’re better able to distinguish residents from sims. It takes awhile, doesn’t it? But soon, the slight delay in response, the flat affect in the eyes, makes it all so simple, or sim. Yes, I prefer to know as well, these differences matter. A virtual human is still human after all.

So where were we? Denise can be annoying with her habit of making a sim based on a lover. It’s just for a while, and when she tires, she deletes the sim and keeps the memory, which is reused to create a sim of someone else, usually a more recent lover, a relationship she wants to revisit. She is very skillful when it comes to maximizing the memory allotment in her benefits package. Other than a sim of her mother, which seems more permanent, she’s always finding a way to conserve her own resources and enjoy herself at someone else’s expense, usually those virtuals who can afford to access more memory. Many indulge in creating some special social environment or activity, and Denise gets herself invited by suggesting small improvements that increase the pleasure of the experience.

For example, I remember a celebration where a woman needed specific types of sims based on Queen Elizabeth the First of England’s royal court. Denise was all over it in terms of music and historical details. She accessed records of available personalities kept on file for sim use in fantasies. This resulted in Denise being designated the chief lady in waiting to the hostess’s “Elizabeth.” I was the lover, the Earl of Leicester.

Nonetheless, Denise has ruffled feathers on occasion. She has been advised that any virtual who objects to another virtual creating a sim based on them can lodge a complaint. If it is not settled, the result might be the offending party forfeiting the memory used to create the sim. You’re welcome to file of complaint. I agree, it’s best to ignore boorish behavior, and look at it this way; you made an impression.

Yes, Denise did make a sim of me. After I thought about it, I found it amusing. It made it easier to ignore her. My visit to Denise’s personal environment was disturbing. Her penthouse in a New York high-rise is tasteful, but there’s a lack of personal history. I noticed artifacts from a variety of social events displayed on the walls. Nothing relates to Denise herself except a group of digitals: two-dimensional images in old-fashioned metal frames. In each, there’s Denise and a sim of one of her lovers. Each pose is identical. The sim’s arms encircle her as he stares blankly at her, while her gaze meets the camera’s eye. They reminded me of trophies.

What did she tell you? Only that? She was a programmer for VEI and very unattractive in the bio world. Her office was on the opposite end from mine. Denise inspired either pity or a kind of discomfort that resulted in that shrill friendliness we use to mask our impulse to turn away. For some reason, I felt neither. I admit Denise was very good at her job. Some of the entertainment programs, mostly fantasy fulfillment, were enhanced by her subtle work. It’s all in the details when it comes to wish fulfillment, such as sudden acclaim, a famous lover who finds you irresistible, or a newfound genius for music. Denise understood the importance.

When I met her, she looked to be in her forties, heavy in the legs with no breasts to speak of. Her face was ordinary, too long with smallish eyes and the hair short and sculpted in a series of wisps and spikes. She talked too much, always with the joke of the day. You shudder, but her value became apparent so I did my best. I just never looked her way. Denise lived with her mother, who had been famous once, a musician of some note. Pamela was the mother and even in her late eighties, quite something. Pam was seductive and aggressive, not ceding anything to time except what surgery and anti-aging couldn’t stop.

You seem distracted … no? It might help you understand the why of Denise, that’s all. Yes, I know she’s not the same here, at least in some ways. That’s the point of my account. So to not make a saga of it. When Pamela died unexpectedly from an unfortunate combination of recreational drugs, she was uploaded to Bali Hai as part of the first group of residents. There were a hundred thousand or so. Two-hundred thousand more had reservations. The nano memory transfer technology had been in place for five years. Clients from all over the world wanted it. We dominated the Western market. Eternal Horizons and Paradise Found became middle-income options overnight. It was several years before India, the Middle East, and China had anything close to what we offered. The Japanese were players, but mostly focused on historical environments.

Denise changed after her mother made the transition. She started to avoid work, coming in late. I asked someone to get to the bottom of it, and it turned out that she was avoiding her mother’s calls. Pamela had decided to continue running poor Denise’s life, calling every day, asking if she’d lost weight or why wasn’t she more … like Pamela. In Bali Hai, virtual Pamela was her twenties self, the wild child musician. She’d call Denise, popping up on her monitor, appearing with adoring sim fans, and Denise would stammer. She was always the satellite to her mother’s star.

One day I discovered that Denise had suicided, curiously, like I did, a gunshot to the face; she blew it off. She was wearing Pamela’s clothes, similar to what Pamela had worn onstage decades earlier. So … I’m getting to it. Of course, Denise transitioned to Bali Hai, and that’s when things changed between her and Pamela.

Denise hounded Pamela. She kept it legal so that no charter violation triggered, but a contest ensued, and Denise’s gift for detail paid off. Any fantasy or revisited memory that Pamela indulged in, her daughter would eclipse. Pamela began avoiding her. Denise perfected her face and body. Then she began her collection of lovers. The two barely spoke after awhile, and Pamela began to regress … just a little at first, not the joyful wild child anymore.

Keep an eye on the horizon. There should be a whale breech fairly soon. This Venice program varies the kind of whale, but whale sightings are frequent and we’re overdue.

Where was I? Yes, Pam’s self-deletion. It’s as if the virtual experience tore away the masks and the truth pierced Pamela’s illusions, the ones she carried from her bio life. One day, Pamela was simply gone; she had self-deleted. Denise seemed unaffected at first. Later, she requested her first permanent sim, Pamela, the mother sim, the mother Denise desired, never questioning or criticizing, only murmuring an encouraging word when asked.

There she is, the mother sim, Pamela. Do you see her? She’s the old woman, the one with the white hair. Denise decided her mother sim should appear as she might have looked sans all the anti-aging steps taken when Pam was a bio. The sim is on the bench near the towel display. Yes, I’ve seen her here before. She’s always on that bench, smiling a vacant sim smile as she waits for Denise. I wonder how long she’ll wait.

Ah, there it is! Do you see the whale, a humpback? Magnificent!

Marjorie Noble lives in Southern California. After working as an actress, a location casting director in Reno, and an English teacher in East LA, she realized how much she loved a good story and needing a creative outlet, and began to write. Although her first book, The Demon Rift is a horror novel, it has an element of science fiction. When she was fifteen, she discovered an abandoned cardboard box full of science fiction classics and spent a blissful summer reading them all. She is fascinated by new technology and is excited that virtual reality is becoming mainstream. The setting for her second novel, Babylon Dreams, is a virtual reality program, a product of the “after-death destinations” industry of the 23rd century. 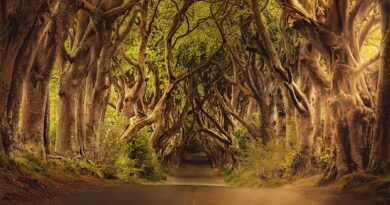 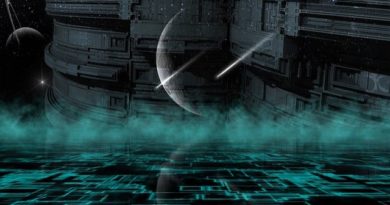