The expedition was set, every contingency planned for, every bit of equipment requisitioned and stowed. Dr. Philageous, the inventor of the time machine, a British gentleman and self-styled mad scientist, had planned out the first expedition’s crew. There was Professor Scala, a paleontologist, a tall, skinny man whose skin was as dry as the deserts he’d spent the last twenty years digging in; Marshall Thoroughgood, a guide who’d lead three dozen African safaris, a smallish man whose thin-but-muscular arms seemed to be made of coiled steel; Dr. Jensen Freeman, a biologist with a half-dozen degrees pertaining to physiology, as well as slightly portly belly and a severe black mustache which matched the severe dark blue of his eyes; and me, Brian DeWitt, twenty-two years old, just out of flight school, and full of far more bravado than brain. I was convinced that it was to be the adventure of a lifetime, a handy buzz phrase which meant nothing more than that I was excited.

The day the expedition was to set out turned out to be a balmy one, a soupy mist having descended over the Pennsylvania laboratory warehouse the doctor had been given by the university for his crazy experiments. It was an out-of-the-way kind of place. They’d learned not to stack him next to anyone or anything of value when he’d burned his last laboratory to the ground while “trying to cure cancer the manly way,” as he’d put it. That being said, they’d also learned not to disregard what he did ― not after one of his experiments had (accidentally) created the first true anti-gravity unit, a multi-billion dollar patent.

When I pulled aside the rusted door to the warehouse (the doctor never bothered with locks since we were miles away from the nearest signs of habitation), I found, to my utter lack of surprise, that he was there, still wearing the same white-collared shirt and brown suspenders he’d been in when I’d seen him last, two days before. He was on his back underneath one of his metal tables, a welder’s mask covering his face, holding a torch pointed at the underside of the table.

Knowing enough to not rush straight up, I walked up cautiously and knelt next to the table. “What’s the what, Doc?”

“Brian!” he exclaimed, killing the torch and setting it down, then flipping the welder’s mask off. The doctor had one of those faces that’s almost impossible to place ― he could have been a forty-year-old guy whose hair was prematurely white, or he could have been an eighty-year-old guy who had weathered the years well. The few lines on his face looked solid and his skin looked tough but lively. “What time is it?”

I glanced at my watch, a cheap stainless-steel thing my dad had given me when I was eighteen. “Seven-thirty. We’re supposed to be leaving for the late Cretaceous period in an hour.”

“Splendid!” the doctor said. He tried to sit up too quickly and hit his head on the underside of the table. Rubbing at his head, he slid out from the under the table and, with a hand from me, stood up. “Simply splendid, chap! The time flies when you’re about the work of geniuses, what?”

I glanced sideways under the table. “Geniuses?”

“Yes!” The doctor’s exuberance had never once faded in any of the several meetings I’d had with him as I’d learned how to pilot his time machine over the course of the previous two months. “Just a little experiment I’d been working on, that,” he continued, nodding at the table. “Heat-resistant fungus! It started out only able to withstand a few degrees, but now I can turn the torch on full on it without so much as a hint of char!”

I’d been reaching for the table, but on his words I retracted my hand quickly. I glanced around at the doctor’s careworn face to see if he’d gotten any of the fungus on himself when he’d hit his head. A small, blue-green smudge on the right side of his forehead was highly suspect. “And what use is that gonna be?”

He shook his head. “The university makes me teach whole classes of young men and women like you. One of the conditions for them providing this workspace and the funds to pursue my projects.” He stopped shaking his head and saw the skeptical look on my face. “Don’t take offense, my boy. You’re as bright as any young man I know, you just don’t have a head for science. It’s nothing personal.

“What I mean is simple ― you know the usefulness of current items because you’ve used them before. You may want to make them more useful by making something new with the same use, but that’s not really inventing; it’s more like editing. Invention is the art of bringing something new into the world. It’s up to everyone else how ‘useful’ the invention is. Or isn’t.”

Slowly, I nodded my head. “I think I get what you mean.”

His face lit up like a Christmas tree. “Excellent. I knew you would. Now, what preparations must we see to?”

I pulled from my pocket the checklist we’d made the week before, and the doctor and I began discussing it, walking through the maze of haphazardly arranged metal tables toward the back of the warehouse, where sat the thirty-foot-long time machine. The thing itself was surprisingly not much to look at ― like a well-polished high-speed tram car, only stretched out and slightly more rounded on the sides. A windshield wrapped around the front, with six porthole windows on either side, all composed of dark, specially tempered glass. The doctor pressed a button on the side and the door, with a slight whoosh of release as the seal broke to open it, dropped open, creating a short ramp into the time machine’s main compartment.

The doctor and I were discussing the checklist ― and his decision to bring along forty cans of pre-baked beans despite the fact that we only planned to stay two days in the past ― when I heard the outer door to the laboratory open. I popped my head out of the time machine as the doctor recounted the number of cans, mumbling something about preparedness. It took a moment for my eyes to readjust ― the doctor had mounted some heavy-duty halogen lights inside the time machine ― but once they did, I saw that the other three men who were to accompany us were striding across the warehouse floor.

In front was Thoroughgood. Despite being only about five-foot-four, he was easily the most confident of the three men walking toward me. Decked out all in khakis and wearing a short-brimmed hat, he carried a simple backpack. Slung over his shoulder were a pair of weapons ― a long rifle and a shotgun. The steel of the guns looked rather like butter in comparison with the tough leather that was his skin.

Behind him, trying to keep up without overtaking or stepping on the guide, was Professor Scala. He was as different from Thoroughgood as it appeared possible to be ― tall to the other man’s short, lanky to the other man’s filled out muscle. Where Thoroughgood’s hair was short and neat ― like mine ― Scala’s was long, down to his ears, and flying out in all directions, a wild disarray. He, too, wore a suit of khakis, only his were shorts ― which, with a concealed snigger, I realized were probably longer than the full pants worn by Thoroughgood.

Last came Dr. Freeman. I felt badly calling him overweight, because he really wasn’t; he just wasn’t in shape. When we’d all had physicals two weeks ago, the doctor had been most anxious about his; if he hadn’t passed we’d have had to put off the whole thing. As crazy as Dr. Philageous may have been, he knew better than to make a journey like ours without a biologist who could make up for the necessary shortcomings of paleontologists like Professor Scala, ― notably, that Professor Scala was used to studying the animals we’d be seeing alive after they’d been dead for millions of years. Dr. Freeman had passed. Barely. An irony given his expertise in all things organic.

“All set, young man?” Thoroughgood asked. His accent was difficult to place. His file said he was from some nowhere town in Arizona. Everything he said came out rather like a hiss. Where he’d picked up such inflection, I couldn’t have guessed.

I nodded to him. “All set. The doctor is taking stock of our supply of baked beans as we speak.”

Thoroughgood shook his head, coming to a halt a few feet in front of the ship, the other two stopping behind him. “We shan’t be needing those once we arrive. If our Professor Scala is correct in half the interesting facts he’s bent my ear with the past two hours, we’re heading into the heart of big game territory. One kill and we eat for two weeks.”

Scala’s eyes were far away, staring beyond the top of the ship. “And just think, the animal you kill in the past could wind up being one of the ones I dig up in the future. Kind of circular, that, isn’t it?”

Thoroughgood didn’t sneer or roll his eyes; somehow his disapproval was etched in his body language, the way he stiffened slightly and readjusted his rifle strap ― attending to something which he considered necessary, whereas he seemed to consider the professor’s musing inconsequential. “Quite so, professor.”

The doctor ducked around the corner, his wispy white hair much closer to my face than would have been considered polite. “Everything is all set. We can get going a bit early, if you’d all like.”

Dr. Freeman’s gaze was riveted on the doctor’s. His eyes, that odd shade of navy blue, were like diamonds ― sharp and focused. “I’d like to check over everything myself, one last time.” Every word he spoke was clipped, precise, his voice deep.

Dr. Philageous returned his gaze for a moment, then shrugged. “Have it as you like,” he said, stepping back and allowing Dr. Freeman to step around Thoroughgood and climb into the time machine’s cabin. Thoroughgood strode after him. The Dr. Philageous glanced back at him. “You can put the guns into the storage compartment in the back, if you like.”

Thoroughgood shook his head again. “I wouldn’t like. Not at all. They stay with me.” 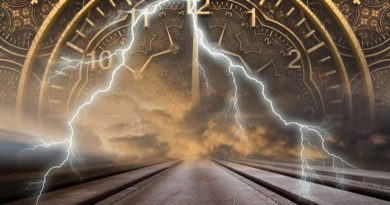 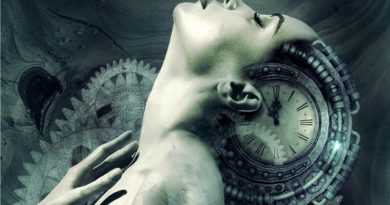 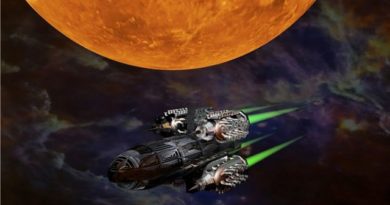