I have two words for this, just two:

What a monstrous waste of existence. That’s what I thought through most of my life.

Just down from the decompressor lights. How is it that I had not noticed her before? She was so splendid. I remember the first time I realized this, I was making my usual rounds, the daily travel checks that must be accomplished with such precision, a half-second off could get you a scolding; a minute’s delay, and they’d send you to the ward. But I was on time, checking the meters when I happened to catch a glimpse of her: 32a, my Isabella. The blue light of the star field caught her just so. She was gorgeous, like an old Earth flower, a rose, I want to say, a hyacinth. Beauty dies, that is the source of creation, but not my Isabella. I saw her perfection at last, the perfection for which she was chosen: her brow, infinitely un-furrowed, her youth, un-spent, her life forever before her. Funny, how you can go so long without realizing, then one day it hits you. Bam. Slaps you right across the face.

You see what happened then? You, who have viewed by now the illegal videos, have seen what caused such calamities earlier, to the others, to the dismal wakers and their foolish ancestors. Your ancestors.

I fell in love.

Worse, I fell in love with an icon. Stunning, I know. One hundred and seventy-eight years, three months, two weeks, a day and not a single wrinkle. Imagine, if you will, the beauty of her rest, my dearest Isabella, the marbleized tranquility of her passage through the stars. I kissed her glass then, something I made sure nobody saw. I kissed her glass and kept my head over her heart, dimly believing I could hear the faint thud of life’s pumping. So it began.

It wasn’t much later that father showed me the old Earth videos. The two events are connected in my mind: Isabella, old Earth video. God knows why he showed me those things. What a disaster, and yet without them, would I have even recognized what I felt for 32a? At first it made no sense. It was totally unlike him and everything he respected. Did he think it made him more a man to let me in on this secret? Was it a father-son bond replenishing? Was it a chance to show me what a commanding waker he was? It has always been forbidden for anyone to see the Earth videos. “These are secret,” he said with a voice that was rough in whisper and a furtive glance past my shoulder. Father sat me down with a stack of these videos in the shiny surfaced conference room. He shut the doors and caged the windows, turned off the video scanners, and put a tape on to block out the listeners constant eavesdropping. He leaned next to my ear so that I could hear.

What did he say?

He said: Noah, tell no one.

He got that right. Even in my youthful innocence, I knew the weight of those videos, knew how they were treated with equal measure of contempt and ridicule, but also a sense of the illicit, of knowing what no one else was allowed. I nodded, dutifully. And I was mostly honest. I told no one ― at least, not at first.

I sat silent, eyes attentive, hand tapping lightly on the smooth table. I made a face of deep concentration and concern for anyone watching the face watching the video that no one else was allowed to see. That’s how well trained we are here. Even if I had wanted to laugh or to cry or to run around waving my hands like a lunatic, I wouldn’t have because I would have been immediately identified and shipped off to the ward — and God, do I hate the ward.

The first image that I saw, the thing which I still remember so well, was a shot of Earth, pixelated and over-exposed, shown from the distance of the moon. I noticed the dark spots flecking in the cloud layers, the bird shit spatter of nuclear explosions. This caused demonstrable other problems for good old Earth: leaky ozone layers, irradiated farmland, noticeable increases in mass deaths. Sigh.

The first time I saw the bomb rides was that afternoon with father. I’d heard about them. Everyone had heard about them, but to actually see the things, the Newscaster’s phlegm-yellow eyes poring over some poor accused tied to the bomb’s side like so much ballast.

So that’s how it was.

Newscasters with no hope of news spent hours interviewing the people lashed to the bombs. It’s like they were trying to figure out how best to create anarchy and chaos throughout the world. It’s like they were saying to themselves: We’ll just appeal to human’s lowest emotional impulses, their craving for fame, their fear of death, their love of esoteric stimulation. We’ll double down on ghastliness and when that gets old we’ll give them the big bang ― death!

And so they did.

Anywhere from three to ten bombers could ride a single rocket, depending on its size. The Newscasters zealously covered these large bomb rides. They loved them, you could tell. All the bombers shouted and pleaded an equal mixture of ignorance and innocence — they were all accused of crimes, and the state, being eviscerated for years without funds or patience, just sought to lighten its caseload with little or no discrimination. An office pilfering, a brutal mugging, all came to the same end. The Newscasters ate it up. They showed the last meal that each bomber received in the preparatory Quonset hut, a smidgen of dried ketchup and congealed grease on the edge of the meat or potato. Tearful goodbyes were videotaped and commented upon. Newscasters spent endless cycles on especially piquant family episodes: children bemoaning their hungry lot, wives weeping for their lost man, communities bereft of sustenance and soul as their members were torn away for the bomb rides.

The cameras wheeled to the gaunt, terrified eyes of the bombers as the rockets powered up. The low throb amplified for the amusement of the viewer. The cameras stayed focused, intent on the eyes and faces of the bombers until lift off ripped the bombers away in a flash and there was nothing left of their scrawny faces but clouds of vaporized fuel and the echo of the thrusters roar, drowning out the screams.

How often did this happen? Every Sunday between the years 2110 and 2114, they sent up the bombers. Four Earth years, every Sunday. Why Sunday? Because previously Sunday was a special day reserved for one of the old Earth religions. At first it was a “God day,” then it became a “Justice Day.” By the time Sundays became officially “Justice Days,” there were over twenty-three wars. Of those, seven were only terminated after escalation to nuclear. God Day and Justice Day blurred. Then, Sunday became mostly death days. 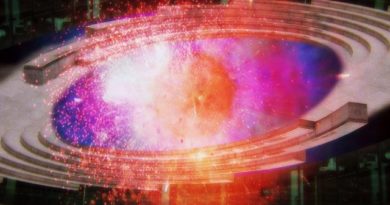 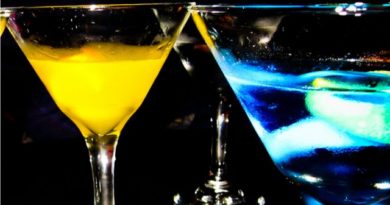 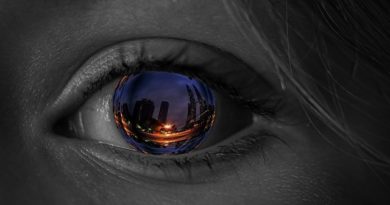