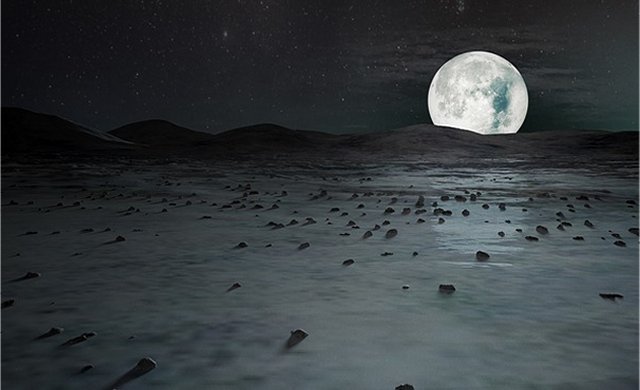 a hub without a spoke,

the Moon climbed past the Hunter’s Beasts

and tugged the reins of Arthur’s Wain.

one bold and loving stroke.

The Moon surveyed the galaxies star-plaited

and Ris dey Kaals then spoke:

“Most holy hour at last arrived,

when silv’ry night is purest gold,

over starry orbs be broke.

“with time for thought, time for romancing,

and not one beggar broke.

in one mad, cosmic joke.”

And in sweet dance the universe did spend the night;

even cruel, mocking gods did marvel at the sight.

Andrew M. Bowen works as a sportswriter in Greene County, IN. He has published about 80 poems, mostly in on-line journals, and recently submitted his first two novels for publication. He is also an actor who has appeared in nine independent films, seven stage productions, and two radio teleplays.

2 thoughts on “The Ballad of Ris de Kaals”