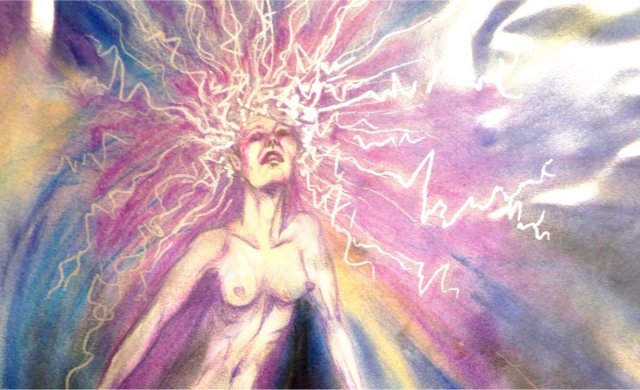 Steph Minns works in acrylics and is inspired by life in Bristol, which is a short drive from Glastonbury in Somerset, United Kingdom. The area is known in folklore as the sacred Isle of Avalon and is linked to the Arthurian legends and much ancient British Pagan lore, ley lines, and mythology. There are several stone circles and barrows close to the Tor, which she loves visiting. “Walking The Dog” features the famous Glastonbury Tor in the background, where she often walks and chats to local dog walkers, which made her muse on the traditional, ancient Goddess of the land and if she had a dog would she be walking it around the Tor, perhaps? The other two images are also inspired by local British folklore and that elemental reaction she has when out in the countryside and a lightning storm descends, with rolling thunder and flashes that light up the sky. If that were a living being, what would that entity and energy look like? 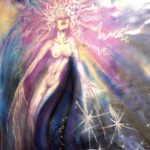 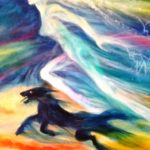 Steph has been a keen reader, writer, and artist since childhood. Originally from the suburbs of London but now living in Bristol, U.K., she works part time as an administrator and spends her spare time writing. Steph’s previous incarnations have included council parks gardener, magazine editor, and web designer. Her dark fiction stories range from tales set in dystopian realities to ghost and horror. Her publishing history includes several short stories and a novella, accepted by notable indie publishers Dark Alley Press, Grinning Skull Press, and Almond Press. Competition wins include the Dark Tales March 2014 international competition and an honorable mention in a Darker Times horror/dark fiction 2013 competition. Steph has a website—stephminns.weebly.com—where you can read free stories, interviews, and reviews. She’s also a member of the Stokes Croft Writers group, which runs free storytelling nights in Bristol bars, called Talking Tales. 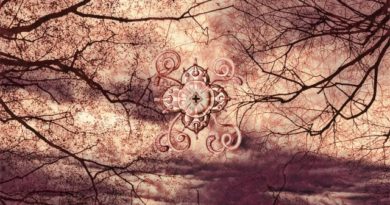