He found out the hard way how infectious a good story really is.

The man was careless as he closed the book of short stories. That’s how he got the paper cut on his finger. It bled a bit, and as he sucked on his finger, he thought of vampires. Strange, for the man to have such a flight of fancy. It wasn’t like him. He wasn’t even reading the book of short stories, simply flipping through to look for information about a previous owner.

The finger didn’t hurt all that much, but in subsequent days, he knew something was wrong. His finger swelled, grew red. There was a great pressure. He got headaches and found himself distracted. Not by the pain or the cut on his finger. By thoughts, seemingly random ones. A luchador loses his mask at a Mexican laundromat. The Justice System becomes self-aware, and when it does, some politicians wish they were never born.

The man checked the book where he cut his finger, to make sure it was not moldy or laced with a drug of some kind, something that would explain his strange symptoms. It took hours to do this, with the constant interruption of thoughts: A child elects himself dictator over all bananas. The man still found nothing.

His doctor ran a battery of tests (thoughts: If tests run on batteries, what do quizzes run on? Sunlight? The fear of students? What is the fuel for quizzes?) and still found nothing. Days of distraction at work got the man sufficiently concerned enough to do something entirely out of his character: seek “alternative healing.”

The healing workshop/meditation venue was nearly empty when he arrived, and the alabaster-skinned healer awaited him nearby, under an archway of light green vines. The man explained his situation, beginning with the cut on the book of short stories, indulging several digressions about a number of subjects (A new computer program teaching people how to write code that controls ghosts; Do jawbreakers exist in a world where everything is hollow?). The healer nodded, listening, smiling. He finally spoke, softly.

“You have an infection, my friend. An infection of stories, which went straight to your bloodstream when the page pierced your skin.” The man seemed dubious, but the healer continued. “Stories wish to be shared with others. Perhaps, when the stories felt the emptiness inside you, the lack of desire to imagine, to share, to multiply, they saw an opportunity. You were a vessel into which they could travel. They wanted to make you one of them.”

The man punched the healer in the face and ran out of the meditation venue. What nonsense! There’s no such thing as an infection of stories, right? A Fiction Infection? (Thought: A virulent Infiction spreads across the world, turning humans into story-producing husks of former people.)

The man laughed off the healer’s words as he drove home. He wondered what his dear mother would have said, were she still alive, when she heard such a preposterous idea. He wondered if she would roll over in her grave. He wondered if her grave was on top of someone else’s grave and if she had trouble sleeping in her grave when the person underneath her was constantly rolling over in their grave.

Whoa. He’d slipped into a thought without realizing it. They were coming quickly, barely time to breathe between them. A breath is a living creature whose mode of transportation is people’s lungs. He pulled over to the side of the road and turned off the car. The road grows a new side and now has three; no one knows where to drive. The man was falling apart, disappearing inside himself, becoming nothing more than a story. All the holes in the world unite.

The last idea popped into his head. A man notices that his thoughts and ideas are being captured as words, committed to paper.

A man notices that someone is reading those words.

It’s you. You’re reading those words.

The man realizes now. The man is me. They’re my words.

You have to stop hearing these ideas. Don’t let it spread.

But when you do…

Chris Vander Kaay has previously co-written three nonfiction books about the film industry: The Anatomy of Fear- Conversations with Cult Horror and Science Fiction Filmmakers, Horror Films by Subgenre, and Indie Science Fiction Cinema Today- Conversations with 21st Century Filmmakers.  He is a contributing writer at Bloody Disgusting and has written for Deseret News, Creative Screenwriting, and Everyday Fiction. His feature film, The Redemption of Henry Myers, premiered on The Hallmark Movie Channel in 2014. 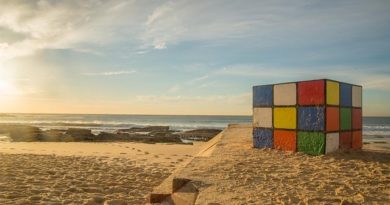 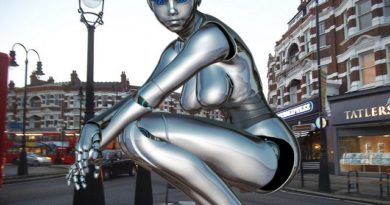