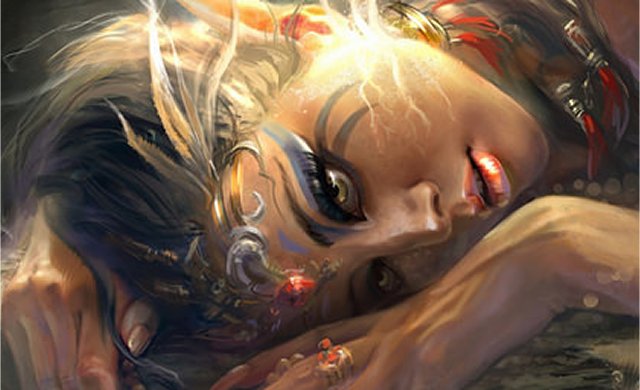 Then Kevin took charge. “I’ll take care of it. Remove the box shells from the pink wall and don’t come back for an hour.”

“Oh Kevin, so many…” Her tears had softened him. She could tell he cared because he sent all seven hearts.

She wondered if the insects had sensed danger, because they paused before swarming her desk. They should have fled then, scurrying back into the peeling walls, back to their twitching families hidden in dark chambers. They would have been safe. They were gone when she returned. Erased was a better description, not even a smear. Where did they go? If Kevin tired of her, would she be erased? She berated herself for doubting his love. They were soul mates.

Later, she replaced the Styrofoam shell décor by folding wrappers taken from snacks she ordered delivered. She chose them as much for their color as their tastiness. When she finished, she marveled at how they made her bedroom a palace.

Then, the Seven D remapped her office, and a message had appeared with a link to “My Seventh Neighborhood.” Inexplicably, she felt reluctant, but forced herself to click “About” and “FAQ.” There were few facts. “Residents” could collaborate on “custom” environments. Invitations were based on personality and data.

“No,” Kevin answered, “it’s better than VR; save your money.”

She was confused. “What do you mean by ‘custom?’ Is there a theme?” Her heart raced with possibilities. Willow Sprite and Quiver’s Truth might share a private little corner of “My Seventh Neighborhood.” See, Lindsey? See what you missed!

“The theme is ‘togetherness in my universe,’” he answered. Universe? Her stomach hurt like it did when she was ten, and Mom kept her home from school. Fight or flight the doctor had said.

Silly to be worried, look at what happened! She checked her email, scrolling through Willow fan mail, looking for notes from Kevin or from Seven D gamers, the human ones. Nothing yet, but it was early. She considered logging on to Seventh Neighborhood but decided to wait. If Kevin wasn’t there, someone or something else could be.

Often, “Lindsey might be right” crept into her thoughts, ready to slide into her dreams. Again, she searched for Seventh Neighborhood and Seven D World Games, but found no links, nothing to prove Lindsey wrong.

After the roaches, the world had surely changed ― changed so much that if she weren’t so happy she might question her sanity. There were times when her room was somewhere else. Her room wasn’t a room at all when it spun. No, “revolved” was a better word. Everything turned, Mac, her desk, her chair, the bed ― everything. Her bedroom wall with its six-folds of colors ― paper and cellophane ― had rotated like Mom’s lazy Susan.

She found herself within a game, and she was Willow Sprite, the reality, not a figure on a monitor or a character in a VR game, but real. Graphics from Wraith World, the Fifth World of the Seven Plains, surrounded her with paint-by-number images, rendering some elements in color, while others had the thinnest wash of tint or no color, like an outline waiting for crayons.

“Willow,” someone whispered. Quiver’s Truth appeared beside her as two dimensional as a cartoon. Then, he too became real and as solid as she. He stroked her hair, the silken tresses falling on her shoulders. “Close your eyes,” he sang.

Trembling, she had closed her eyes, and it felt as if a thousand fingers stroked her, their touch a soft breeze of sensation, then pressing gently and then there was . . .

She had been folding the bakery five-folds when the memory came again, so fresh and exciting that she had dropped the pink cardboard and let it have its way. Groaning, she closed her eyes. The first tryst had been too brief. When it was over, she was back at her desk, her hand resting on her chin. Mac’s corner clock said she had been in Wraith World an hour. She had wondered when she could return. It wasn’t long before she did.

But Lindsey’s questions kept nibbling on an edge of her mind. Oh please. It would be disloyal. McKenna refused to doubt his love.

Her old life was full of bank records. Fees, debits, and service notices chronicled the months. For months, Willow Sprite and Quiver’s Truth had lived together on Willow Island in the Seventh Neighborhood.

As she scrolled, she repeated Mom’s favorite phrase, “Every cloud has a silver lining.” She wanted more than her father with his dealership, more than Babbs, her mother, who had sighed and smiled when she deposited the insurance checks, the silver lining from Daddy’s murder during a customer test drive of a Lexus minivan. Daddy’s hands and feet had been tied, trussed like he was a Thanksgiving turkey, and he’d been tucked under the fold of the last row of custom leather seats. The van had been top of the line and Daddy’s number one seller.

She didn’t miss him; she supposed that she should. Daddy was a shadow on the screened porch, a pair of black socks resting on the foot of a recliner, but mostly her father was the dealership. McKenna might have had more of his attention if she had been born with a luxury interior and chrome wheels. When Daddy died, Babbs had quit her office job, married her new plasma screen, and devoted herself to “American Idol.”

A stroke took Babbs, and McKenna missed her, but she didn’t miss the bathroom scale, the weight loss programs, “The Price is Right” mornings, and the “Fox News” nights. Now, the two-story brick house was an island ruled by McKenna. Lindsey had wanted McKenna to take classes with her, but Lindsey wanted to be her roommate.

“You’re by yourself too much,” Lindsey had argued. “You need to get out.” Lindsey never called now. McKenna will remain with Kevin and be his Lady of the Seventh Dimension. Her secret heart had searched in chat rooms and games of fantasy. She found Quiver’s Truth and her true self on an island covered in rolling mists and surrounded by warm oceans.

Willow Sprite was a water nymph that McKenna had role-played in other worlds. When the sprite became the mermaid, Willow Sprite, the princess warrior, McKenna discovered her power. Pitting one suitor against the other, she played in the oceans and lagoons of Poseidon’s Undersea Kingdom. She explored The Secrets of King Arthur’s Lake and Sea Treasures of Atlantis. Willow Sprite was beautiful, and messages from admirers marveled at her soft blue hair that lazily drifted, caressing her face.

Later, her lover would think of her perfect breasts, the nipples pointed and sweet cherry red. Hearts and friendships were broken in hopes of her favor. Until Quiver’s Truth claimed her, she had played the coquette.

Still, she had felt betrayed when Shadow Siren and Journey’s Wench had called for a vote to shut Willow “Spite” out of Wraith’s World, Fifth of the Seven. Then her mystery friend, Kevin of Seven, logged on as a new character: Quiver’s Truth. The young archer put Willow under his protection, declaring her his lady. Quiver’s Truth was a hunter with straight yellow hair. He, like she, was part elf. Though Willow is unavailable, they still beg for her. 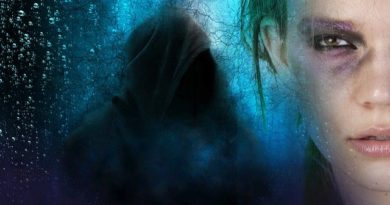 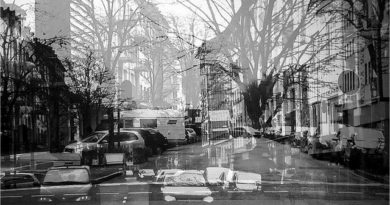